[2012] Heavy Metal Contamination in Sarangani Bay Waters and Sediments and its Uptake on Fishes, Shellfishes, and Seaweeds: Benchmark for Policy Formulation and Environmental Management 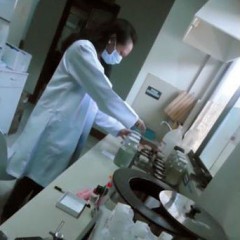 Mindanao’s SOCCSKSARGEN area has benefited from rapid, continuing industrialization. The prevalence of these industries, however, has also produced adverse environmental impacts, particularly the contamination of Sarangani Bay waters by harmful heavy metals.

The Association of Mindanao State University Alumni (AMSUA) Cooperative conducted this study to ascertain the level of threat that toxic heavy metals such as cadmium, mercury, and lead pose to the area. From the findings of the study, the researchers also drew out recommendations to address and curtail the problem before it could get any worse. The study covered ten stations across the six municipalities of Sarangani province and General Santos City, which all surround Sarangani Bay. An illustration of the ten study stations where samples for this research were collected. (AMSUA/Oconer EP, et al.)

The first part of the study focused on quantitative detection of heavy metal contamination in waters and sediments and its uptake on various fish, shellfish, and seaweed species, while the second part dealt with histopathological (microscopic examination of tissue) studies. The contamination levels from the first part of the study were evaluated based on standard tolerable levels set by agencies such as the World Health Organization (WHO), US Food and Drug Authority (USFDA), Environmental Protection Agency (EPA), and the Department of Environment and Natural Resources (DENR).

The research revealed the presence of the three heavy metals in waters and sediments at varying levels across the ten stations and periods covered by the study. Pollution was confirmed by the high metal load detected in the sediments and was attributed to the influence of anthropogenic activities through the industrial facilities established around the bay. Of particular concern was the above tolerable concentration of mercury, which present potentially toxic effects to aquatic life. The histopathological examinations, meanwhile, revealed damage in the livers of some reef fishes and soft tissues of shellfishes, albeit with a direct correlation to the heavy metals yet to be established. Part of the research methodology was the dissection of the livers of fish samples of various species. The concentration of accumulated water pollutants in this organ is often proportional to the fish's environment. (AMSUA/Oconer EP, et al.)

As part of the project’s milestones, a forum gave various stakeholders the opportunity to peruse the research results, as well as develop realistic, well-studied action plans for coastal communities to mitigate the effects of the existing contamination and to reduce further waste accumulation in the bay. Consistent information and education campaigns at the community level, in partnership with local barangay officials, were also recommended. The study was also designed such that its results can serve as a basis for drafting and establishing ordinances geared towards public safety and environmental conservation.

As a baseline study, this research effort will help develop and conserve the Sarangani Bay Protected Seascape.

The research was recognized as the best paper in MSU-Gensan’s in-house research review last November 2012 and was granted 1st Place honors in the Science and Technology Category of the 1st MSU Systemwide Research Summit held last July 2013.